The Grand Duchy of Luxembourg Portal 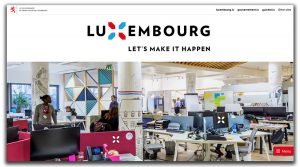 The Grand Duchy of Luxembourg Portal luxembourg.public.lu has useful links on everything pertaining to Luxembourg society and culture, as well as living, visiting, working, studying and investing in the Grand Duchy. 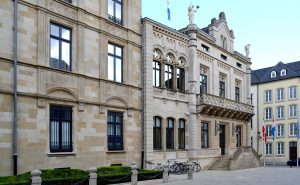 Click on the image to visit the Luxembourg Government Portal

The Luxembourg Government Portal gouvernement.lu publishes up-to-date information about the government and its ministries and departments, and carries the latest official news and publications.

Click on the image to visit the Luxembourg Administrative Portal – Citizens

Guichet.lu is a one-stop shop publishing a wealth of advice of interest to Luxembourg citizens, on topics such as taxation, employment, education, citizenship, transport, housing, health and social care, leisure, immigration and Brexit.

Click on the image to visit the Administrative Portal – Business

It is also possible to consult Guichet.lu on a wide range of business matters, ranging from starting and developing an enterprise, urban planning and the environment, financing, health and safety, social security, human resources, taxation, accounting and legal obligations, international trade and Brexit. 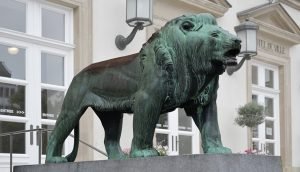 Click on the image to visit the Luxembourg City Portal

The Luxembourg City Portal has a wealth of information about the capital, for citizens and visitors alike, including council services, transport, education, elections, entertainment, leisure facilties, parks, the environment, history, art and architecture, and much more besides.

The Luxembourg Embassy in London

Click on the image to visit the Luxembourg Embassy site

The Embassy of the Grand Duchy of Luxembourg is based at 27 Wilton Crescent, London SW1X 8SD.

Given the current situation as regards COVID-19, please note that the consular section of the Embassy is closed to the public until further notice, but remains reachable by email at londres.amb@mae.etat.lu.

The University of Luxembourg 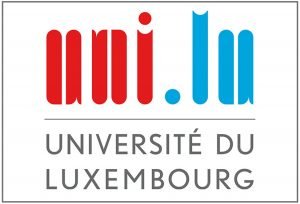 The University of Luxembourg was founded in 2003, and has already built a reputation as being among the best young universities in the world, offering many bilingual and multilingual study programmes in French, English and German, as well as several master courses and doctoral schools entirely taught in English.

With 6,200 students from 120 countries and 250 academics from all over the globe, the university provides a cosmopolitan learning experience, and cooperates with nearly 90 partner universities worldwide. 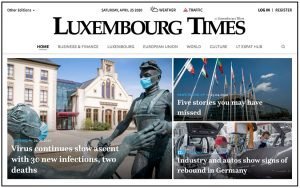 The Luxembourg Times is the country’s leading online newspaper in English, following a subscription-based model.

It reflects a balanced view of the news in the country and abroad, and its editorial principles are in line with that of its parent publication the Luxemburger Wort, and its publisher, the Groupe Saint-Paul Luxembourg. 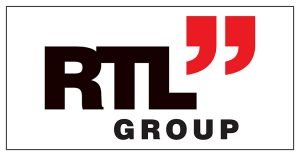 RTL Group is a Luxembourg-based digital media group with interests in 61 television and 30 radio stations in 10 countries. The group operates TV channels and radio stations in Germany, France, Belgium, the Netherlands, Luxembourg, Switzerland, Spain, Hungary, and Croatia as well as production companies throughout the world. It is the only publicly-traded division of the German media conglomerate Bertelsmann, and is listed on the Frankfurt Stock Exchange.

RTL is one of the world’s leading producers of television content, such as game shows and soaps (particularly through its ownership of London-based Fremantle), including The X Factor, Pop Idol, Good Times, Bad Times, The Price Is Right, Family Feud and The Bill.

The digitisation project of the National Library of Luxembourg 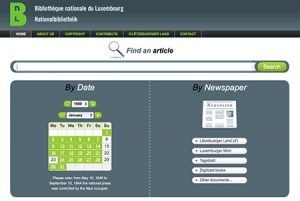 eLuxemburgensia is a digitisation project by the National Library of Luxembourg. The content can be browsed or searched in full text mode through the new interface at www.eluxemburgensia.lu.

An earlier digitisation project (2002-2008) produced digital images, which can be viewed and downloaded at www.luxemburgensia.bnl.lu. 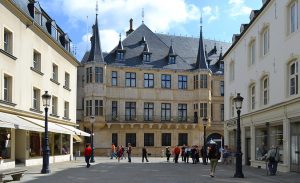 Grand Duke Henri, born in 1955, has been Head of State since 7th October 2000. He is the eldest son of Grand Duke Jean and Princess Joséphine-Charlotte of Belgium, and a first cousin of Philippe, King of the Belgians.

While studying in Geneva, Henri met Cuban-born Maria Teresa Mestre y Batista, who was also a political science student. They married in 1981.

The Grand-Ducal couple has five children and four grandchildren:

monarchie.lu publishes official information, news and communications from the Palace.