The Luxembourg language is universally known as Lëtzebuergesch. It has been the national language since 1984.

Lëtzebuergesch is spoken in the Grand Duchy and in parts of Belgium, Germany and France. In the neighbouring parts of Germany, it is considered a local dialect, ‘Moselfränkisch’, and in the French Lorraine, where it has all but died out, it is known as ‘le Francique’. Where it is still spoken in Belgium, it is referred to as ‘the old language’. Lëtzebuergesch has its roots in the early Middle Ages, when the Greater Luxembourg region was situated in the heartland of Charlemagne’s Frankish Empire.

Like all living languages, Lëtzebuergesch is constantly evolving. In 1999, the Government published a spelling reform, standardising the way it is written. Additional reforms have been published more recently, clearing up some anomalies.

Luxembourg is a multicultural and multilingual country, with roughly half of its population made up of foreign immigrants and daily commuters. Many of these don’t speak Lëtzebuergesch, to the annoyance of the locals.

The news in Lëtzebuergesch 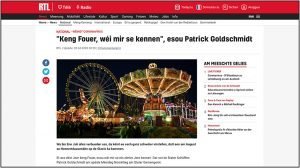 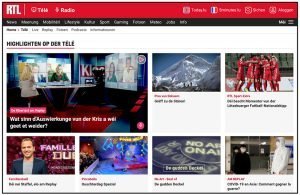 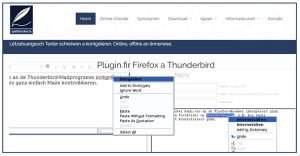 The spellchecker.lu project allows its users to check the spelling of words in Lëtzebuergesch online and also offline, by downloading a plugin for LibreOffice, Firefox or Thunderbird, or by installing an app on Android.

The service is free, and the wordlist is constantly being updated. 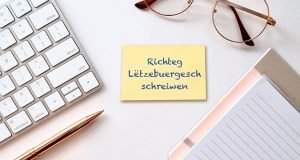 Click on the image to visit the Wikipedia page

Wikipedia has published an introductory guide explaining the up-to-date spelling rules for anyone who wants to write the language correctly.

Should you be tempted to consult a 114-page, 10-chapter textbook with all the spelling rules, chapter and verse, published by the Zenter fir d’Lëtzebuerger Sprooch (Centre for the Luxembourg Language), in conjunction with the Ministry of Education, please click on the link below to download a free pdf-document, which you can save to your hard drive.

A word of warning: Be aware that pages 2, 5, 9, 91, 99 and 113 consist of a solid blue colour, which could easily drain your cartridges when printing the entire book.